Taxpayers Owe $29,000 Penalty Because Tax Preparer Missed Deadline and Told Clients the Return Had Been Filed 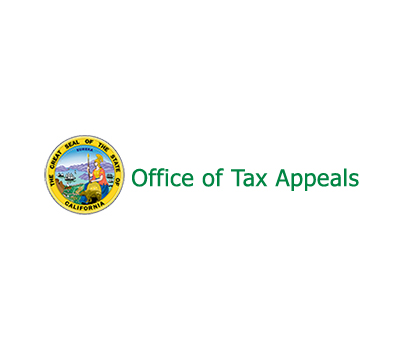 The Office of Tax Appeals posted 41 opinions to its website October 3, including three “pending precedential” opinions and a large number of non-precedential decisions involving disputes over missed deadlines, unreported taxable sales, and other common issues.

One of the pending precedential opinions, for The Appeal of J. Fisher and M. Fisher, presented the issue of whether there was reasonable cause to abate a late-filing penalty – something that has proven nearly impossible for taxpayers to demonstrate under California law.

The taxpayers argued that the penalty of more than $29,000 should be abated because they exercised the requisite level of care when filing their return: they hired a professional tax preparer, filed an extension with the IRS, provided necessary tax documents for the return to be filed, timely submitted an e-file authorization form to their tax preparer, relied on the tax preparer to file the return by the extended due date, followed up with the tax preparer to receive copies of their filed returns, and made tax payments shortly after they were erroneously informed that their return had been filed.

Not good enough, the Office of Tax Appeals ruled.

“While OTA is sympathetic to appellants’ situation, longstanding precedent on this issue compels OTA to conclude that appellants have not established reasonable cause for the late filing of their 2016 California return,” the unanimous opinion stated. The fact that the taxpayers relied on their tax preparer to file their return “does not relieve them of their responsibility to ensure that it is timely filed,” the OTA wrote, adding: “Their tax preparer’s failure to verify whether the return was filed when no confirmation was received does not constitute reasonable cause for appellants’ late filing of their return. Moreover, the exercise of ordinary business care and prudence required appellants to do more than merely perform and/or delegate the tasks necessary to timely file the return. It also required appellants to personally verify the return had been successfully transmitted, and when it had not been, to take appropriate corrective action.”

The precedential status appears to relate to the OTA’s rejection of the taxpayers’ argument that a 1985 precedent relating to the non-delegable obligation to ensure the timely filing of tax returns (U.S. v. Boyle) does not apply to electronic filing because it was decided many years before electronic filing was instituted.